A green welcome for Harderwijk residents 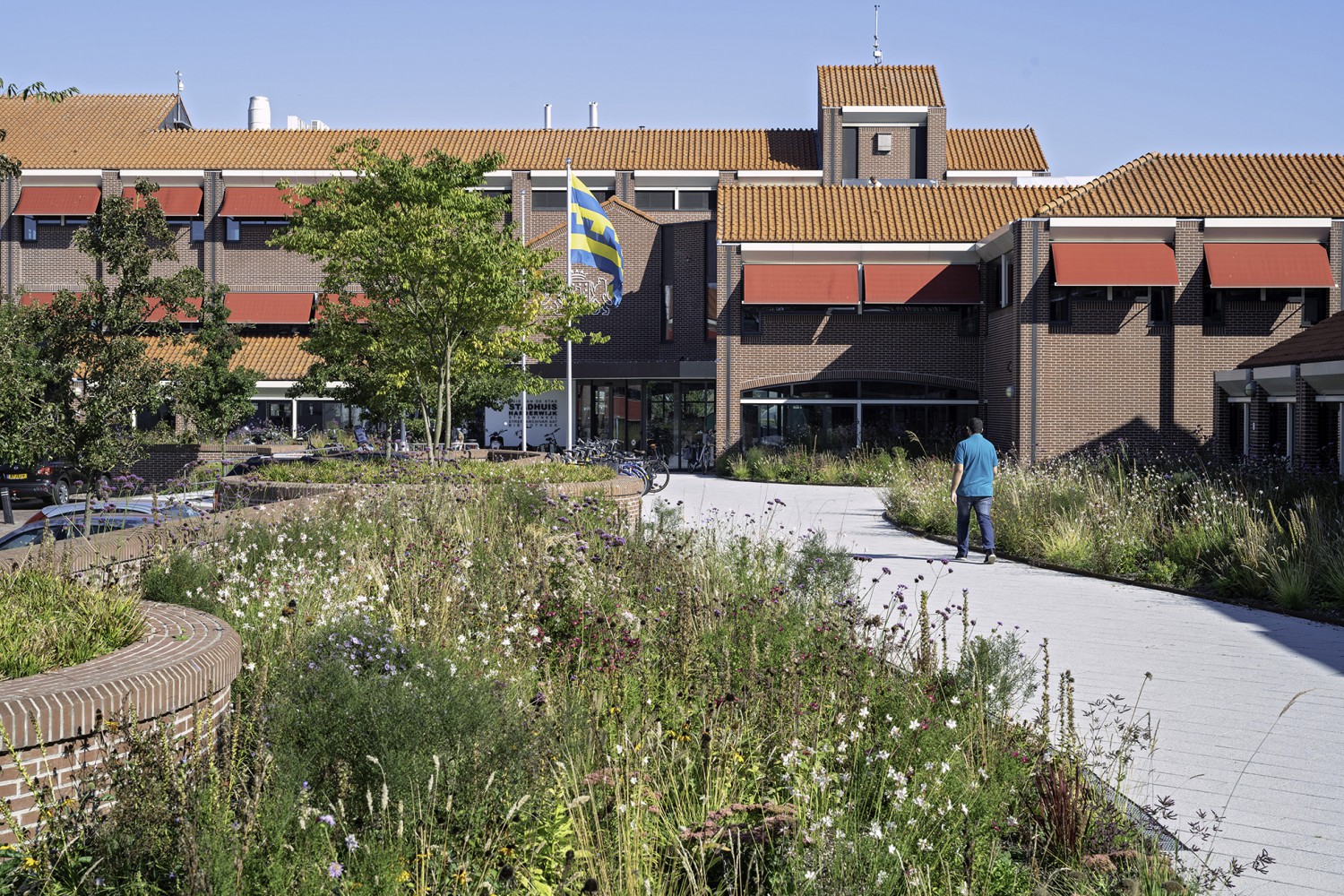 Harderwijk town hall used to lack appeal, sitting as it was in a rather hard and closed space. VIC came in and turned it into an open and transparent area stimulating participation and teamwork.

The entrance has now grown into also doubling as a great place for Harderwijk residents as well as town hall employees to meet. VIC's design deliberately opted for the inclusion of rich vegetation in an attempt both to curb the urban heat island effect and to stimulate biodiversity.

VIC took on park management duties during its first year of operation, passing them on to the City of Harderwijk with the park in its best possible shape.

"The new design makes all the difference. Anyone visiting Harderwijk town hall now enters with a good vibe about them."